Rhys Palazzolo always vows to take the roads less travelled when he sets off to explore his local tracks in South West WA and beyond. This ‘can do’ attitude seems to be the basis for his adventurous lifestyle, setting him up to tick off the most challenging four-wheel drive tracks and collecting rewarding experiences around Australia. Enjoy Rhys’s story! 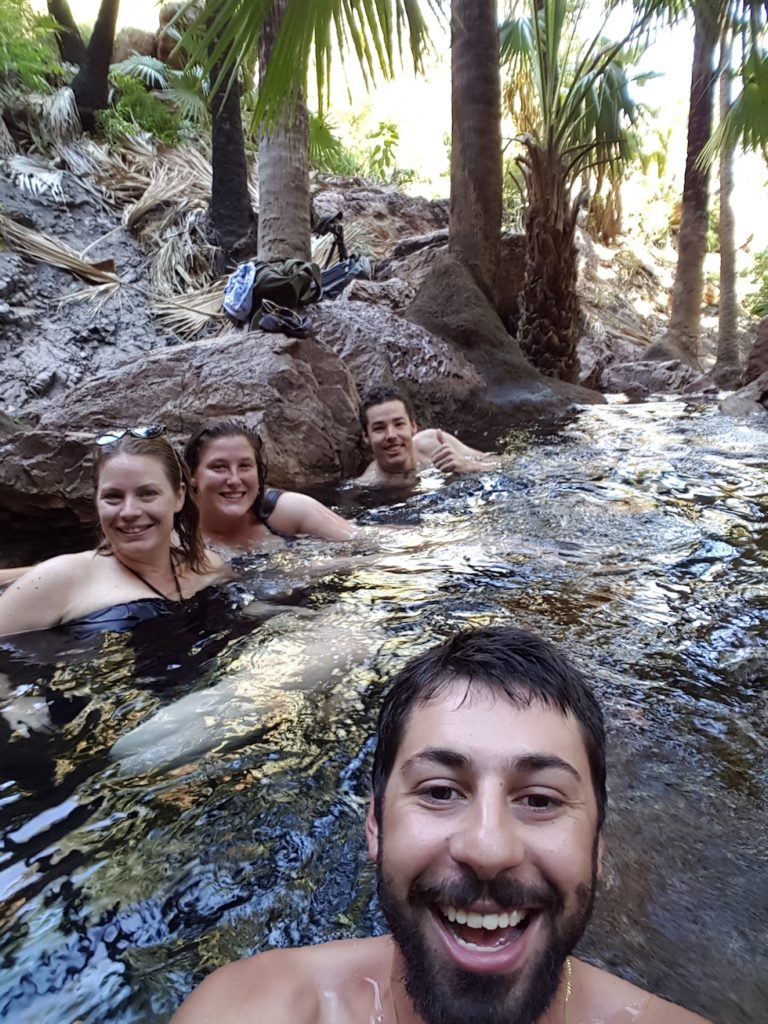 Name: Rhys Palazzolo
Where are you from? Bunbury, WA
Describe yourself in 5 words: Always take the road less travelled (sorry that’s six words)

What you are doing right now?
Earlier this year I spent 3 months travelling over to the East Coast where I spent a month exploring Cape York and then worked my way down the coast hitting up Fraser Island and the Sunshine Coast along the way. I went down to Byron Bay and then it was across the Nullarbor and a quick stop at Esperance on the way home. Currently, I am back at work and have just bought myself a nice block out in the bush, so I am pretty much just biding my time for my next big trip. This year will be just a few shorter fishing trips down south, and I would like to try and get back up the Kalbarri and the Steep Point area and try my luck fishing off the cliffs up there.

What is your current off-road vehicle including your set-up?
I’m running a 2000 4.2td Patrol GU Ute which is great as it allows me to carry a fuel range of just over 1000kms as standard. It’s got the canopy on the back which has a fully set up 12v power system and has a set of custom draws made by a mate (shout out Haydo!!) for all my gear.

I have a 60L water tank under the canopy plus a 20L jerry which gives me a total of 80L of drinking water. There is the standard 12V dual battery system with a solar panel which allows me to stay in the same spot for extended times.
I use an Oztrail Deluxe Gazebo for shade/shelter as it allows my vehicle to be mobile and I can pretty much set it up as quickly as an awning. I also have some walls for it that I can put up if the weather turns south.
I have a double swap for sleeping, and that’s pretty much as comfy as they come in my opinion, can’t beat it. If I could change anything, it would be to get a stretcher for the double swag just to get off the ground, but I just haven’t seen any well-designed ones out there yet.

What’s your favourite 4WD track in your local area and why?
I’d say Callcup Hill down in Yeargarup. Pretty sure it’s the longest sand dune in the southern hemisphere and in the middle of summer it can be a real challenge to get up. When it’s hot on the sand it’s like talcum powder. Dropping your tyres down to 10psi is quite common and you’ll be screaming for every bit of traction the whole way up!

Any mods on the horizon for your set-up?
I’m looking at putting a bigger turbo on the old girl soon. Mainly to help keep my engine running cooler but I’ll admit that the prospect of not needing 2km of straight road in order to overtake also sounds inviting…
Also I would like to get a roof rack put on the canopy eventually just to allow for some more storage space.

Who inspired you into this ‘adventurous’ lifestyle?
I guess it all came out of just sitting in as a passenger in Mates 4wds that gave me the bug. Between our fishing trips down south (Yeagarup, Broke Inlet, Fish Creek, Milyeannup) and just getting out to play on the local tracks around Brunswick that it kind of just evolved into venturing out a bit further and seeing what else was out there.

Most memorable track you’ve experienced?
The Frenchmans Track in Cape York. It took us two attempts to complete due to the Pascoe River being too high the first time. Then on our second attempt, I was out in front so got to tackle it first. With no one having crossed it yet, there’s that added excitement and anticipation about whether it was crossable. This crossing is quite rocky so you can’t just plough in like a bull at a gate. You need to plan your line and ease in slowly and drive across at a crawl along the rocky base. Which I can tell you, when the water is nearly up to your door handles, is quite daunting! But let’s just say I was ecstatic when I finally made it across and up the exit.

What destinations and tracks are still on your bucket list?
I still want to check out the NT. Last time I was just passing through, so I would love to dive in check out some of the national parks and gorges. That and I would like to eventually get back up to the Kimberley and check out a few of the places I missed last time (it’s that big a place!) and revisit others to get a second opportunity at photographing them.

Tell us one of the most memorable moments you’ve had during your travels so far?
I guess it would be the first trip I did up to Broome. We worked our way up the West Coast checking out places like Kalbarri, Exmouth and Point Sampson before reaching the Kimberley. It was with a great bunch of blokes and we had some good times. I have a lot of fond memories of that trip. Plus that was my first exposure to the Kimberley and Gibb River Rd area and after seeing just a small snippet of the area, I knew that I wanted to get back up and explore it further.

The most bizarre experience you’ve encountered on your travels?
I guess it’s the people you run into. I’ve been in the middle of nowhere and have gotten chatting with someone only to realise we follow each other on IG. It’s happened to me a few times now.

Describe your ideal campsite.
A protected beach somewhere fishing while watching the sunset over the ocean (gotta love the West Coast).
Either that or camped somewhere along a range, sitting back enjoying the view. 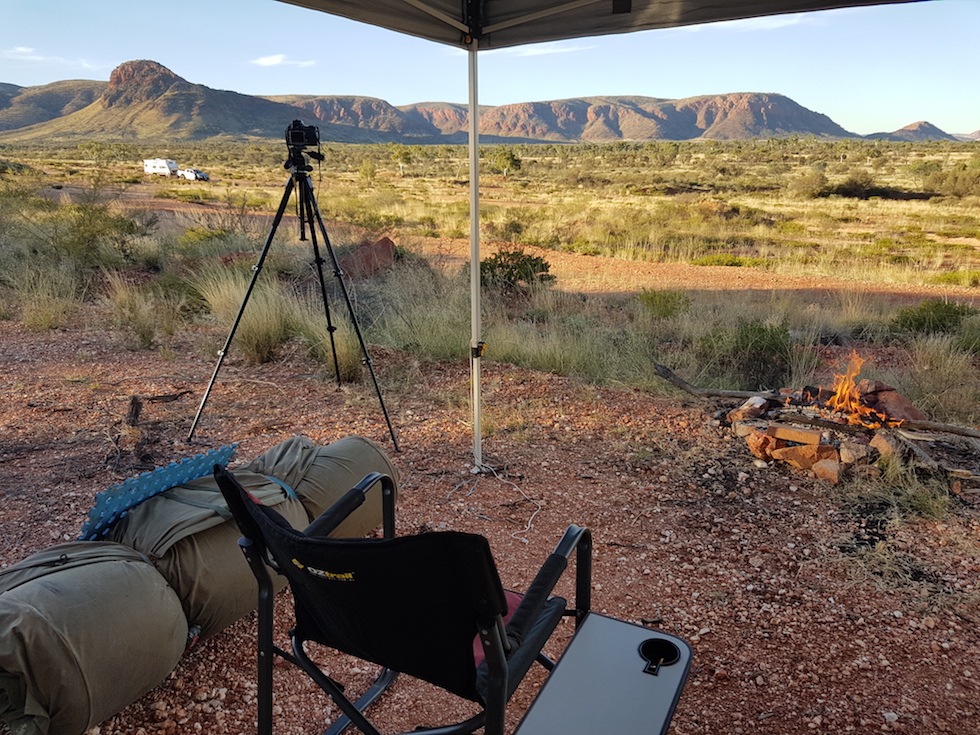 Biggest mechanical fail and were you able to fix it?
I’ve not had any major issues so far but on my recent 3 month trip to Cape York the damage list included:
2 alternators with failed bearings.
Smashed side mirror x3 (eventually replaced with Clearviews)
Front sway bar mounting bolts rattled loose right before the tele track so I had to remove the sway bar and fix it when back in Cairns.
x2 Staked tyres
Lightbar mounts rattled loose
Cracked windshield
Gearbox oil filled with water after one too many river crossings.
numerous electrical and wiring issues

Name one product you wouldn’t leave home without.
iPod. I know its old school now but it does everything I need it to and can be used anywhere (no reception). Plus it’s got all my tunes and playlists set up how I like on it.
Every good adventure needs a rocking soundtrack, right?

Favourite dish to cook on the road?
I’d have to be Pizza. It’s messy; its time consuming; what not to love right! I pretty much just use a BBQ plate and an upside-down camp oven as a homemade pizza oven in the bush and takes about 20mins a pizza.

Any advice for new 4WD enthusiasts?
Start small. You don’t need to try and plan a 2-3month trip straight off the bat. Check on your local area on weekend/2-3 day trips and work your way up from there. This way you will get an idea of what works well for you off road and what doesn’t. You can modify your setup as you go and by the time you are ready for the big trips, you will have everything sussed on what works well and how you like it. Also when you do start planning longer trips just remember, you don’t have to see everything in one trip. Australia is a big place and some of these places are so vast that you may need to come back 2-3 time, if not more to truly see everything. Slow down and enjoy what you see this trip, and what you miss, well you will just have to plan in to your next adventure. But most importantly, just get out there and do it!

We began following Bridget a year ago after being captivated…

We're sticking with the West Coast theme this week to…

Luke Oldfield lives for four-wheel driving trips and is planning…

Recent Posts
Follow Our Tracks
Categories
Archives
Follow Us
Follow us on social media to stay on track with the latest news.
© Copyright - WinchandUnwind - All Rights Reserved 2021