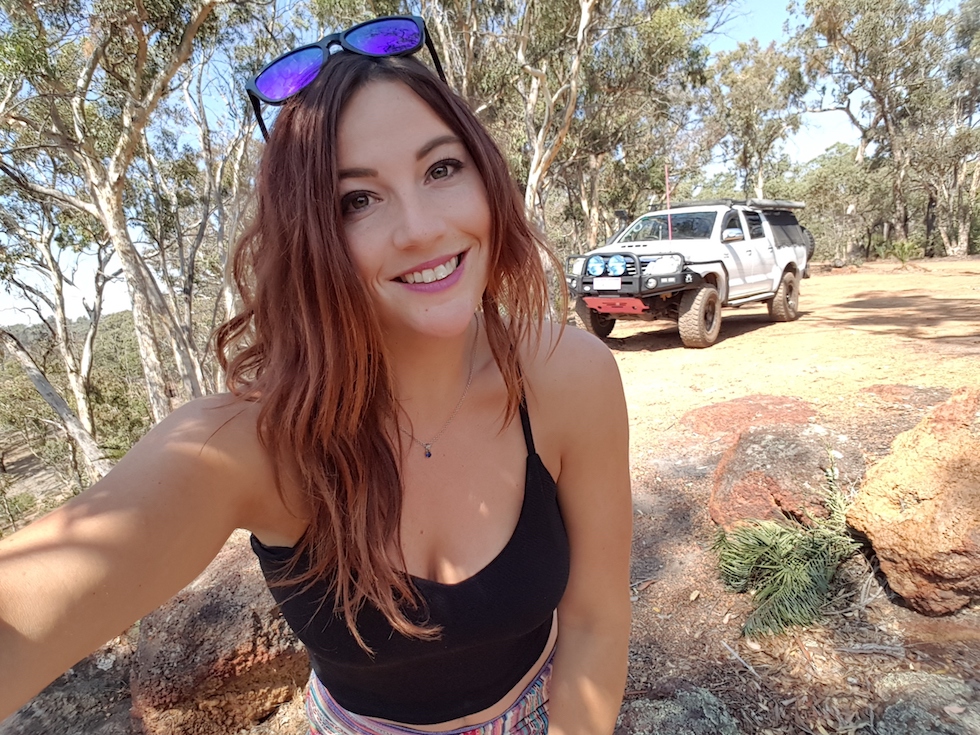 Forget ‘Boys and their Toys’ we’re thrilled to finally introduce you to this bubbly, West Coast babe who will give any man a run for his money with her ‘off-road’ lifestyle! We’ve waited months to interview and feature Jessica Bye, and she certainly lived up to her ‘Instagram hype’! Not just a pretty face, this four-wheel drive enthusiast can ‘talk the talk’ and has the goods and skill to deliver. Enjoy Jessicas story! 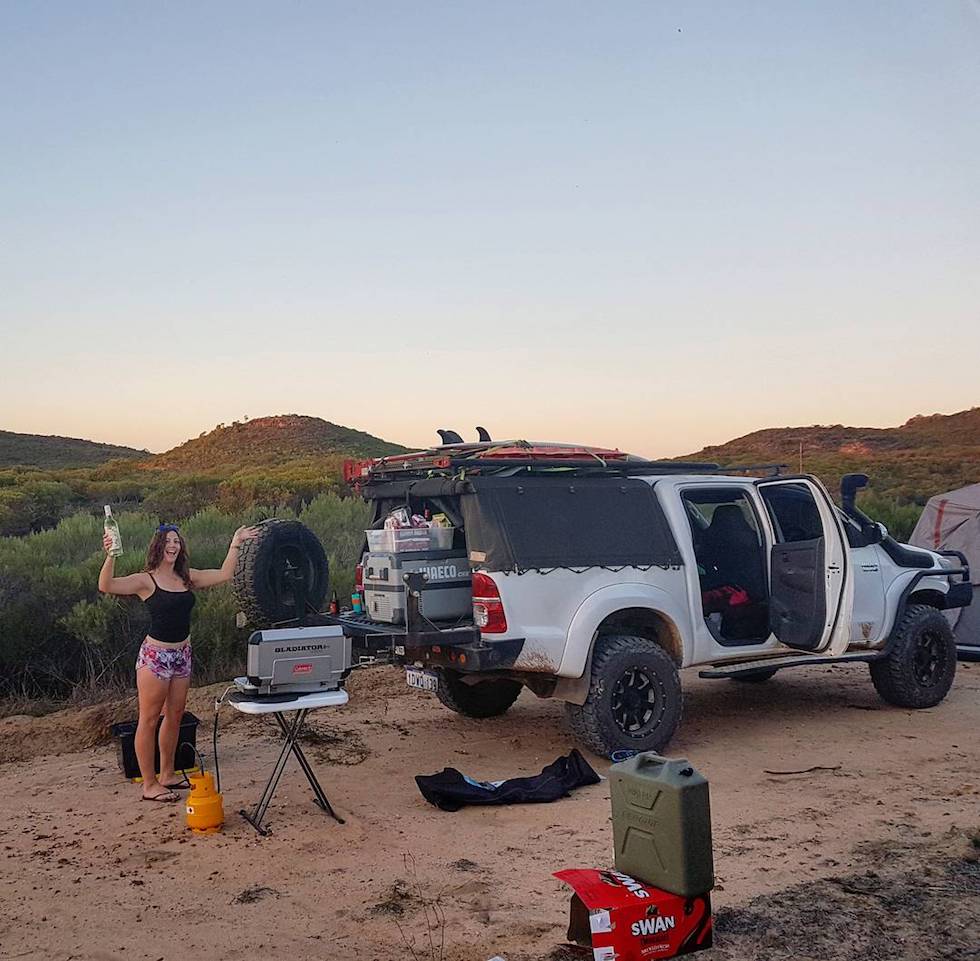 What are you up to right now?
My partner (Matt) and I are currently in preparation to hike 26kms through the Stirling Ranges trekking East to West finishing at Bluff Knoll. If it wasn’t for four-wheel driving, I don’t think I’d appreciate hiking as much. The amount of trails I’ve found off-roading has definitely contributed to my passion. A bush/ beach track can only take you so far, so it’s boots and packs on for me. As for 4wding, a 3,722km corrugated drive through the centre of the desert is on the cards; we are potentially relocating to Loves Creek, NT this coming December to run a station out there. Once our time is finished, it’s a quick run to Cape York in Tropical North QLD, to meet our good mates @mottleytravellers Russ and Gem at the half way point of their lap of this amazing country.

What is your current off-road vehicle including your set-up/living arrangements?
I currently own a 2011 Toyota Hilux SR5 MY12. Typically set-up for camping. The canopy has full flyscreens throughout and a fly extension for the tailgate. The tub houses the secondary battery with Narva switchboards for easy and accessible power. The Hilux has recently had a tune, remap, and EGR delete which has helped considerably since blowing the turbo and have had 33″ Mickey Thompson ATZp3 boots put on. To assist her breathing, she has a 3″ straight exhaust and distinctive grunt. 3″ Superior Reservoir shocks. Full Opposite Lock and MCC barwork. A 6th tyre wasn’t purchased as I wanted to free up the second swing-away arm on the dual wheel carrier for jerrys of water and diesel.

How old were you when you started your 4WD adventures?
As soon as I had my licence on my 17th Birthday. My parents never owned four-wheel drive vehicles, but Dad always had them for work. My passion for 4×4’s and trucks started when I was 12. I’d say this was due to my older brother who is a diesel mechanic. I’d was always interested in what he’d have to say about his day at work.

What was your first 4WD/touring vehicle?
A  manual 2007 Suzuki Jimny. This little beast never skipped a beat and certainly gave other kitted rigs a run for their money. The unstoppable Jimny is still my favourite 4×4, just too damn small and gutless on the road.

What inspired you into this ‘adventurous’ lifestyle?
100% Surfing. It was always hard to find a wave to yourself in Perth, so heading off-road and deep into the bush tracks leading to secluded beaches and empty peaks was the only way to go. Majority of Australia’s world-class waves are only accessible by engaging four wheels. Surfing has not only triggered my love for adventure but just ‘getting away’ into the unknown, away from the hustle and daily grind and into a world surrounded by nature and fresh air.

What’s your all-time favourite 4WD track in Australia and why?
I don’t have an all-time favourite single track, but multiple that make up our beautiful Rainbow Coast on the South-East of Western Australia. Tracks from Walpole to Denmark and Albany to Esperance. These tracks take you through some of the largest and oldest trees in the world to rainforests that lead to pristine white sandy beaches and some of the bluest water’s you’ll ever lay your eyes on. The tracks are diverse and certainly test your Rigs capability. Anything from well-maintained hill climbs with wooden beams and rubber mats to rock climbing ‘Jeep style’. 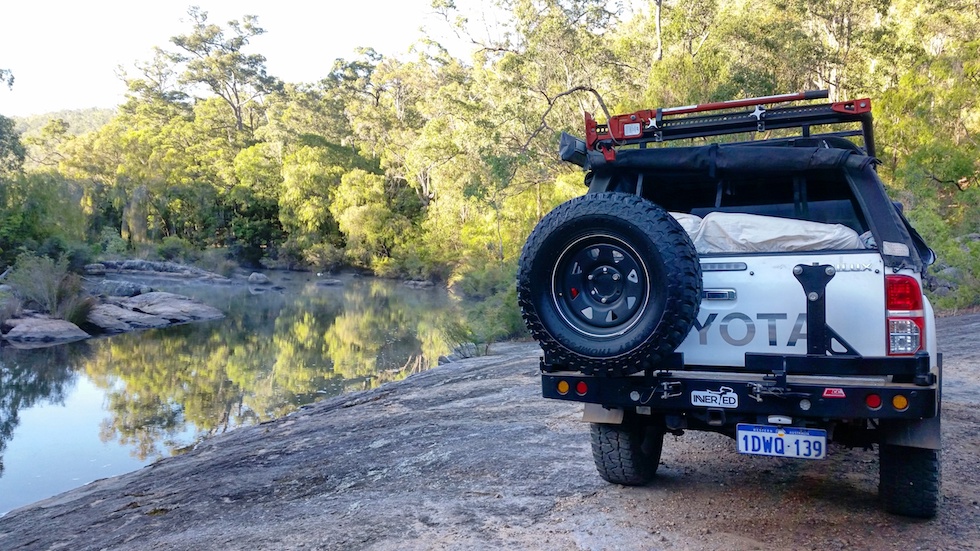 The most bizarre experience you’ve encountered on your travels?
Bizarre but heart-warming. I heard about a man walking around Australia dressed as an Imperial Stormtrooper from Star Wars but never thought I’d see him. It was a long weekend, and I was heading back from Albany, taking the backroads to avoid congestion. In the distance, on this Barron red dirt road, I saw a flicker of silver and white. Initial thought, “poor bugger, I wonder how long he’s been broken down for”. As I approached, there was no car in sight, just a man in a Stormtrooper costume and a pram. I soon realised it was Scott Loxley, the man walking around Australia to raise $100,000 for a Children’s Hospital in Melbourne. It was a 40degree day, and I didn’t want to hold him up. We had a quick chat, and I gave him a few bottles of water. After a smile and a wave, he was off again. Scott reached his $100,000 fundraising goal on the last day of his 400 days, 15,000km walk and carnage of more than 30 pairs of shoes.

Fondest memory of exploring Australian tracks?
It has to do with my partner. The respect he has for nature and the knowledge he has for everything offroading. Our relationship grew based on exploring and adventuring. We’d hit crossroads and find ourselves in some pretty bad predicaments, but we would always be able to think clearly to problem solve and work together. If it wasn’t for the endless hours spent in a convoy giving each other the shits across the 2way, we probably wouldn’t have such a solid relationship. It was built on four-wheel driving. That was our first date! Haha.

Describe your ideal campsite.
No powerlines. No pollution. Nestled deep in a Karri forest with a running stream. A never-ending campfire and an endless supply of Swan Draught.  A fully stocked Waeco of bacon and eggs. Food is most important! 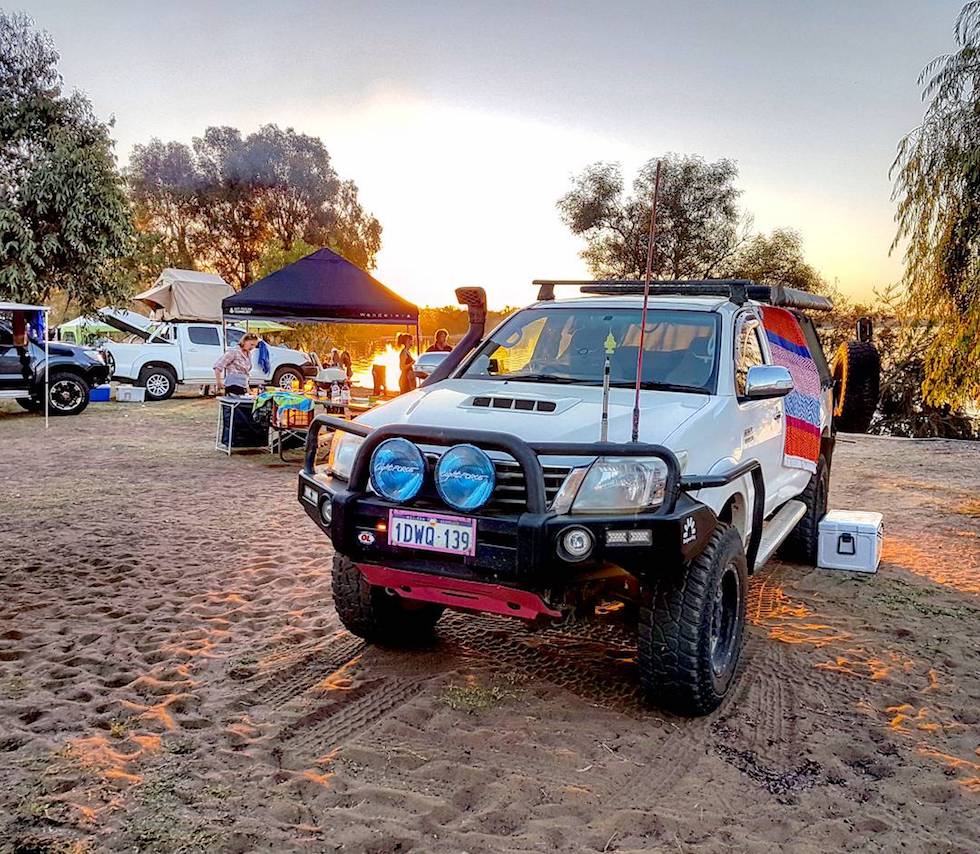 Advice to new 4WD enthusiasts?
Always use BP ultimate and block EGR asap! Get out there and explore. Take out what you take in and respect other people. Always air down and never take the chicken track! How else will you learn?!

Tell us something that most people wouldn’t know about you.
I started surfing at the tender age of 5. I represented WA in 2006 at the Australasian Surfing Titles placing 2nd in Australia. 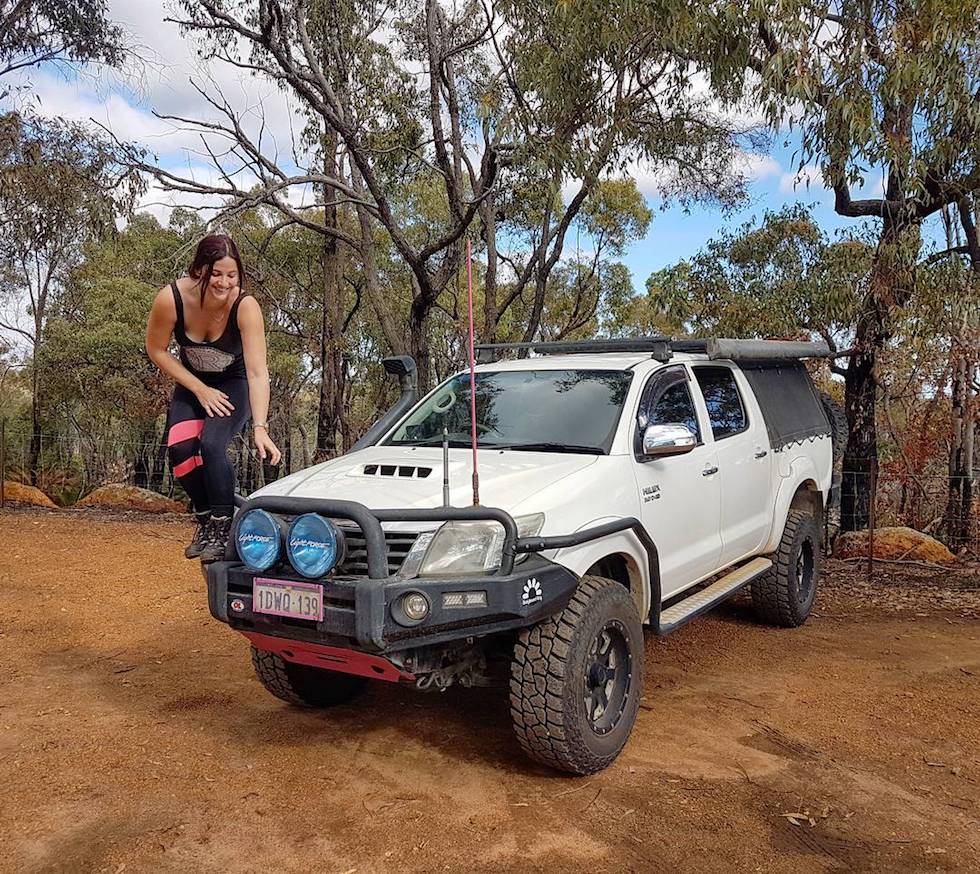 Happily married and living the dream! How many couples admit…

Along with your recovery gear, spare tyres, charged mobile phone…

We're sticking with the West Coast theme this week to…