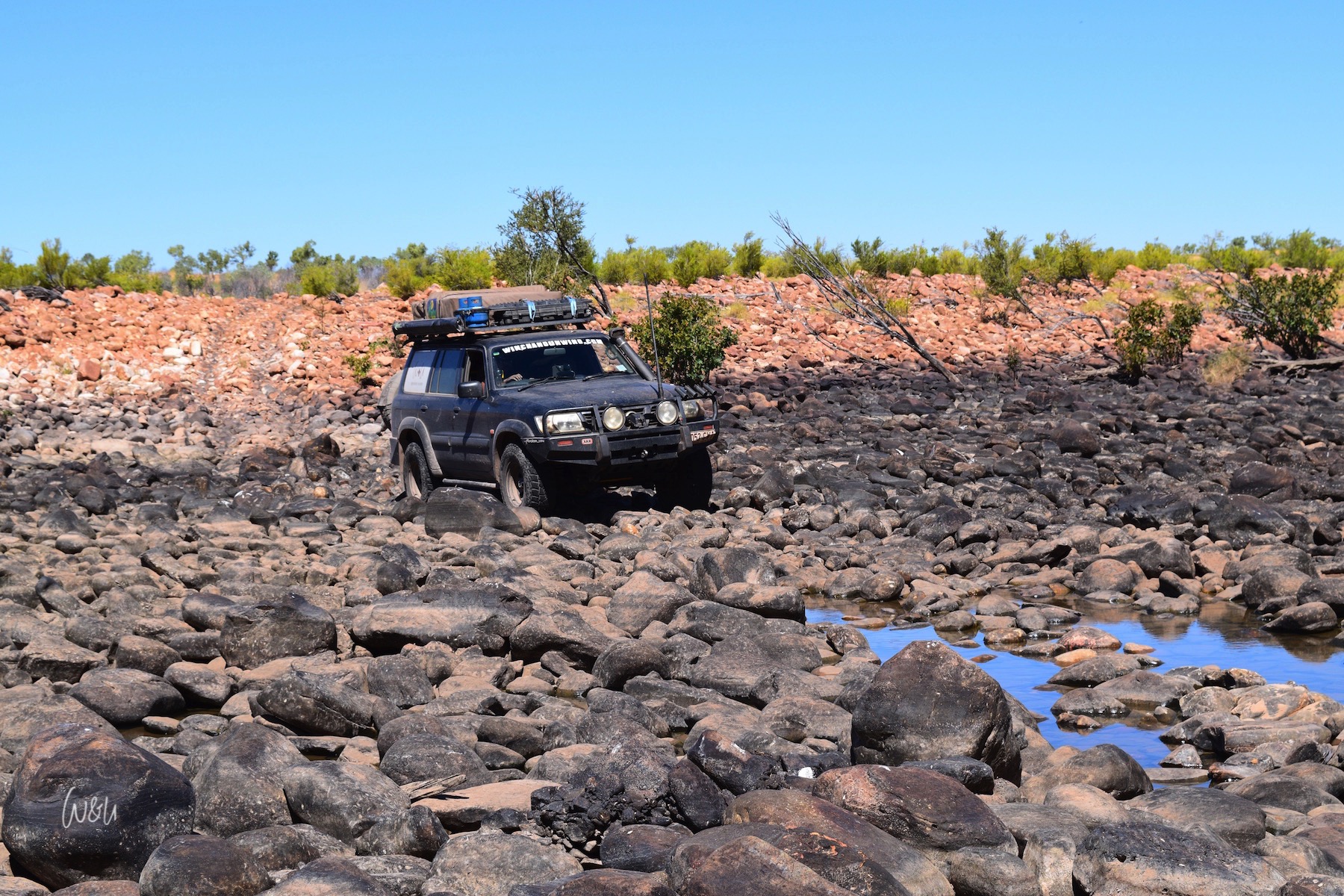 The Carson River Track is referred to as one of the last real ‘remote’ 4WD tracks in Australia. It’s well documented that you can finish it without seeing a single vehicle and warnings are stern that if anything comes unstuck on your trip, you’re on your own to sort it out. Situated in the Kimberley, Western Australia it stretches just over 400km in the land between Home Valley Station on the Gibb River Road and ends on Kalumburu Road, just south of the Kalumburu Aboriginal Community. Rocky, rugged, tough-going and isolated best describe the Carson River Track, expect for the isolated part, which I will explain later.

Over the years John had read a lot about the Carson River Track and his interest was piqued after seeing features on a 4WD TV show, so when we started planning our trip around Oz he knew this was one track on his #4WDBucketList to tick off. He is a meticulous planner, so before leaving Cairns, he secured the correct permits, did thorough research on the track and made sure the car was equipped with the appropriate recovery gear for the driving that was ahead of us.

Before departing El Questro Station after our three-night stay, we topped up our fuel, water and food supplies to be sure we were self-sufficient for the trip ahead and prepared as possible for the ‘unexpected’. The drive along the Gibb River Road between El Questro and Home Valley Station lived up to all expectations. Corrugated, scenic views and full of WOW moments. The landscape in the Kimberley really is special and so unique to anything else we have here in Australia. After a brief stop for a happy snap as we crossed the Pentecost River, we arrived at Home Valley Station ready to begin our Carson River Track adventure. The start was easy, driving north through flat, dry, open plains and the Cockburn Range following to our right in the distance. Brumbies were everywhere out there and scattered as we drove toward them.

With the easy driving conditions, it was good to get the distance in early as the rocks and hills soon appeared and suddenly the Patrol was crawling along in low-range for hours. As we approached the first small creek, we hit a very rocky incline full of mid-sized rocks with sharp edges. I found myself sitting in the passenger seat clenching my knuckles and silently praying that we didn’t have 400kms of this type of terrain and driving ahead of us. John has tackled a lot of solid 4WD tracks around Australia and in all types of weather but this was testing his skills and adding to his driving experience. 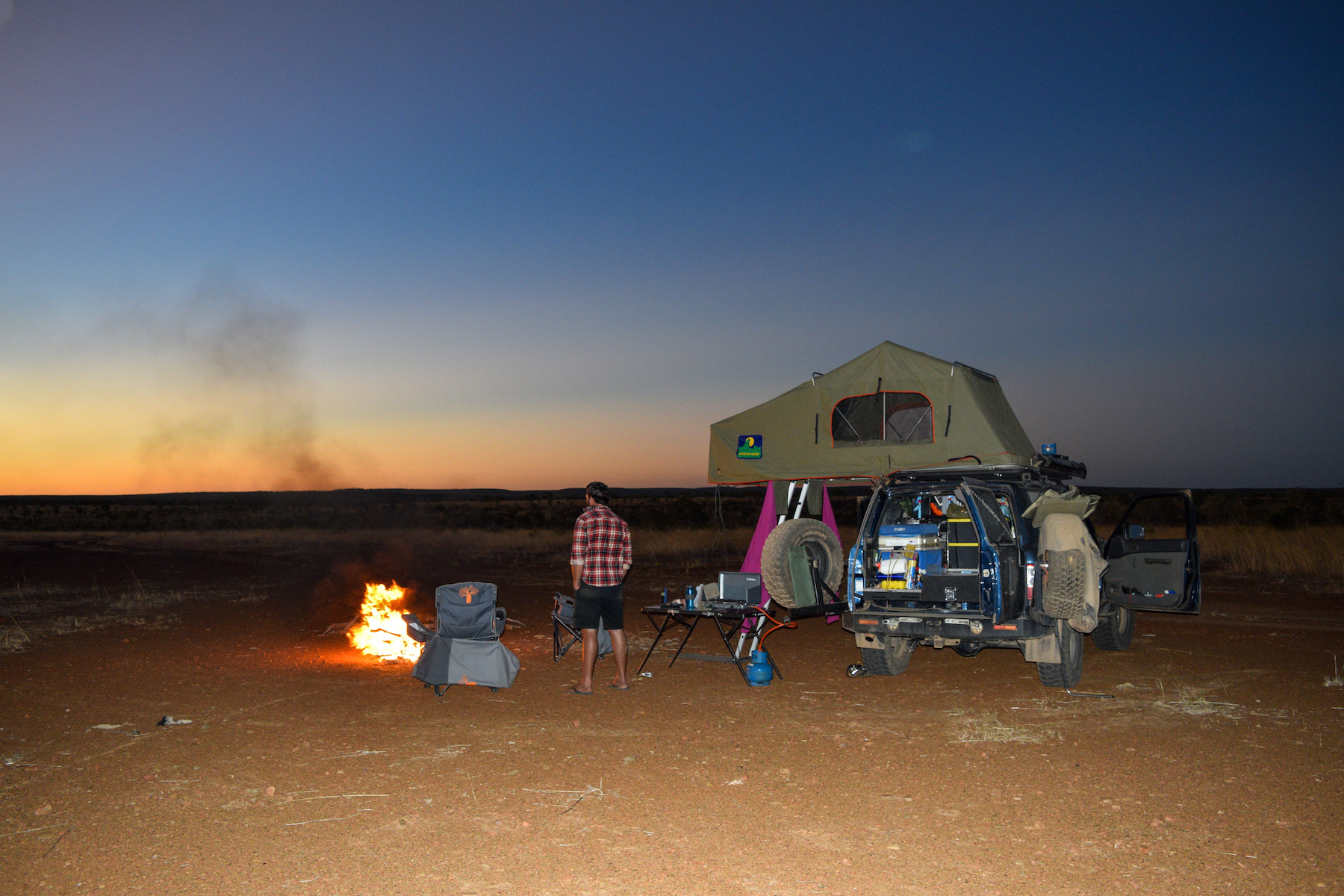 The rocky conditions continued this way for most of the first two days, and the majority of the creeks and rivers we crossed were “as dry as a nuns nasty” – as Johns dad, John would say. The most notable crossings we faced was Wilson Creek, Warambur Creek and both the Durack and Forrest Rivers. All very diverse in length but were full of rocks and boulders of various sizes, had quite a few rock step-ups, were very technical and most of all, slow going to cross!! John patiently moved along in a crawl, navigating his way with precaution in order not to do any damage to the truck. Luck had thankfully been on our side until the start of the Forrest River crossing where the truck took a big knock to the back end as we rolled over a boulder and cracked the brake light and dented the exhaust. A quick bash back into place and we were off again. 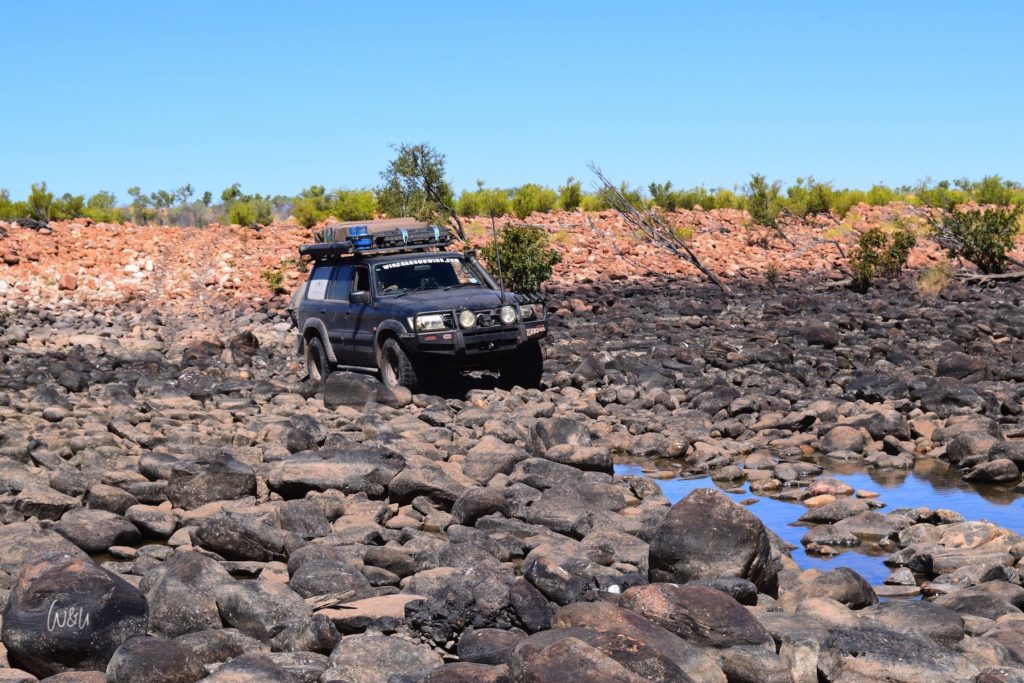 Days earlier we had noticed several tyre tracks but hoped the vehicles were well ahead so we wouldn’t cross paths. The hope of truly being “remote” was quickly ruined at the end of Day Three when our radio began to crackle with the banter of people discussing their camp set-up. We pulled into the next dry creek bed after a long eight hour day of driving and came upon a group of four trucks and five people beginning to set up camp. We introduced ourselves and learnt the group were from a 4WD club in Victoria and had quite a rough time on the track due to mechanical problems. The Pajero had major tyres issues so the group stopped at the abandoned Oombulgurri Aboriginal Community for two days of repair work and had to fly two spare tyres in on a private plane from Kununurra. No doubt a very costly experience!

By Day Four I was sick of being dirty and was desperate for some clean, running water to swim in, wash clothes and chill out beside. Thankfully we came up to the Drysdale River, and it was perfect! Running and croc free which in the Kimberley is almost unheard of. The river crossing was an easy one and on the west side we found the perfect campsite on the sandy banks and set up camp for our overnight stay. We hung the hammock, got the fire going for a roast lamb in the camp oven and jumped in the water to clean our stinky ‘bits’. It was one of my favourite days on the track.

Outside of the tough driving conditions along the Carson River Track, we spotted emus, lizards, masses of Brumbies and incredible bird life unique to that area and we took time to walk and drive around the abandoned Oombulgurri Aboriginal Community. The only ‘downside’ to the trip was the notorious Kimberley Barras weren’t biting at the time much to Johns frustration! 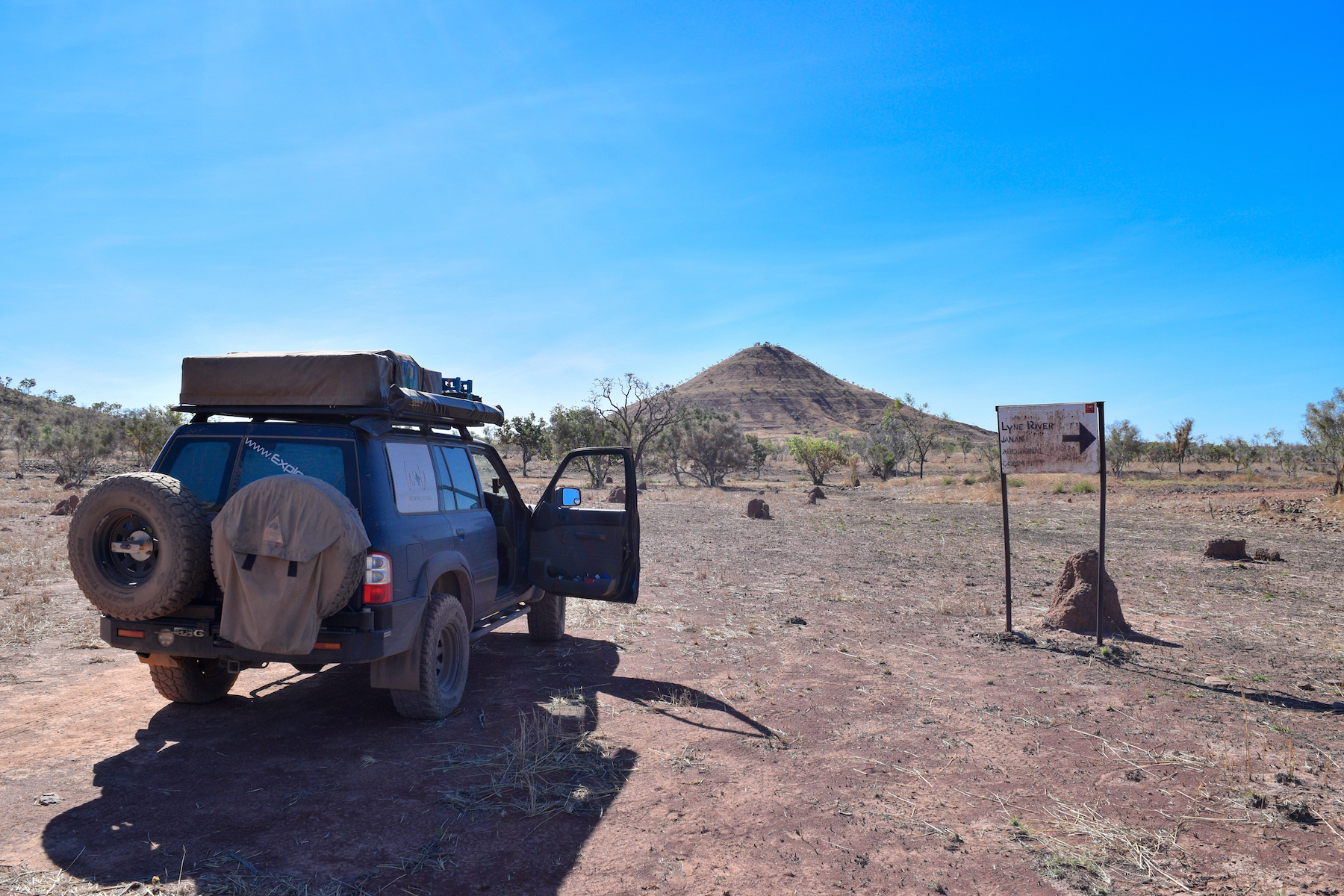 If you’re a serious 4WD enthusiast and have a truck that’s set-up for remote adventures, then add the Carson River Track to your list. Outside of those damn relentless rocks, the slow going driving and being on water rations throughout the trip, I enjoy it! John nailed the track and impressed me once again with his driving skills and patience for the conditions. Although I jumped for joy once we completed it, I’d happily do it all over again.

If you are seeking a new adventure fix combined with…

Eat, Drink, Experience – that was my intention when booking the…

Recent Posts
Follow Our Tracks
Categories
Archives
Follow Us
Follow us on social media to stay on track with the latest news.
© Copyright - WinchandUnwind - All Rights Reserved 2023